What does a sustainable European economy look like? And how are we going to finance the transition to it? Over the past four years, eleven universities, including the Utrecht School of Economics (U.S.E.), ETH Zurich and the Potsdam Institute for Climate Impact Research (PIK) have investigated this question. For the European research project INNOPATHS (INNOvation PATHwayS), scenarios have been made for the energy transition of the European economy until 2050. SFL associate Friedemann Polzin led the financing work and carried it out in collaboration with, among others, SFL professor Mark Sanders.

The INNOPATHS team has mapped out both the supply and demand of financing the energy transition: which type of financing (from venture capitalists to insurers) is needed for the energy transition, how much is needed and how much is available? The financing costs have also been mapped out. More than 40 interviews were conducted with financiers and energy producers in Germany, Switzerland, Italy, the United Kingdom, France, the Netherlands, Luxembourg and Norway about the historical development of financing costs. More than 50 interviews were also conducted on the role of SOEs in Germany, the United Kingdom and Australia.

This SFL policy paper translates the relevant findings to Dutch practice. The focus is not so much on the preconditions set by the government, such as a CO2 tax, but primarily on the financial sector itself. How is it organised? Which changes are needed to accelerate the energy transition? It turns out that the sector can do a lot more.

The full report is available in Dutch hereDownload 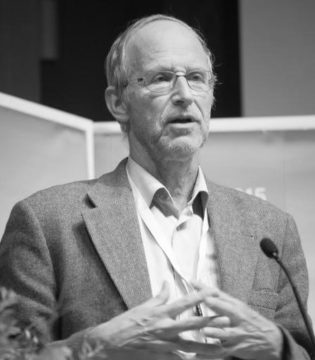 Democracy must regain ground in the financial sector.