A large part of the European economy is effectively locked down. Governments and the European Central Bank (ECB) have taken unprecedented measures to limit the structural economic damage. And though the duration of the corona crisis is unknown, it is clear that the economic impact will be severe and the road back very hard.

On March 26, European leaders decided to prepare for “a comprehensive recovery plan and unprecedented investment” and to make the “green transition” an integral part of this. To this end, the Commission, the European Council and the ECB are working on a Roadmap and Action Plan (European Council 2020).

Last year, Rens van Tilburg and Aleksandar Simic of the Sustainable Finance Lab spoke to central bankers, policymakers and academics about such possible policy responses to what was then called “the next crisis”. In their report they outline how governments and monetary policymakers can react in a coordinated manner.

‘The New Unconventional’ describes an investment agenda that can kick-start the economy and lower the debt burden by raising inflation and boosting productivity and growth. It can also reduce the current funding gap of the European Green Deal. This report discusses new forms of cooperation between fiscal and monetary policymakers — a ‘new unconventional’ that also preserves a clear distinction between the two.

Such policies could have been needed to break the vicious cycle of economic divergence and political tensions even before COVID-19 struck. They will be needed even more when, hopefully, in the near future Europe has regained its health and sets about rebuilding the economy.

The report can be found below. 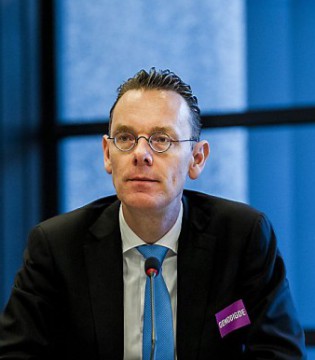 Banks must be able to absorb their losses themselves.