After three years, the Sustainable Finance Lab (SFL) concluded its the Energy Transition climate related risks to the financial sector project. The project was coordinated by SFL with stakeholders from both academia and the financial sector: Utrecht University (Pathways to Sustainability hubs and REBO faculty), ABP/APG, Actiam, ING Bank, Rabobank, and the Dutch National Bank (DNB).

Within the framework of the project two versions of the General Equilibrium Model for Sustainable Transitions (GEMST) model were developed. The main contribution of GEMST models to their CGE counterparts is the distinction between green and brown final sub-sectors which allows for capturing both transition risk and opportunities. Moreover, the models envisioned a sector-specific capital stocks, which permits the allocation of new investments based on a sector-specific return/cost of capital. GEMST-1 is a one region model with 6 final sectors and 7 power sectors with a focus on energy related feedback loops between sectors. GEMST-2 is a model with three regions and trade channels between in intermediate and final goods between them, along with 13 final sectors and 7 power sectors in each region. Compared to GEMST-1, GEMST-2 has more detailed production structure capturing the intersectoral dependencies and feedback loops. These models can be used to analyze different market, policy or technological shocks on the transition towards a low carbon economy.

Moreover, project members Moutaz Altaghlibi and Rens van Tilburg were awarded a grant from the International Network for Sustainable Financial Policy Insights, Research and Exchange (INSPIRE) to investigate the impacts of green monetary and supervisory policy scenarios on the energy transition. This task resulted in a report titled: “HOW MUCH OF A HELP IS A GREEN CENTRAL BANKER? Quantifying the impact of green monetary and supervisory policies on the energy transition”. The report was written by Moutaz Altaghlibi, Rens van Tilburg and Mark Sanders. Key messages are:

Furthermore, project leader Moutaz Altaghlibi participated in an analysis by the Dutch National Bank (DNB) on “The impact of carbon pricing and a CBAM on EU competitiveness”. This analysis was co-authored with Guido Schotten, Yannick Hemmerlé, Guus Brouwer, and Maurice Bun. Main results are:

Furthermore, within the framework of this project a working group of representatives of different stakeholder were formed. The group discussed different relevant transition drivers which then were analyzed using GEMST-1 model. The analysis titled: “General Equilibrium Impacts of Different Drivers of the Energy Transition” were written by Moutaz Altaghlibi. Key messages are:

In the follow up of this project, project members plan to use GEMST-2 to preform analyses on more international and sectoral based research questions linked to green monetary and supervisory policies, along with initiating new collaborations in this field between academic, policy and professional stakeholders. 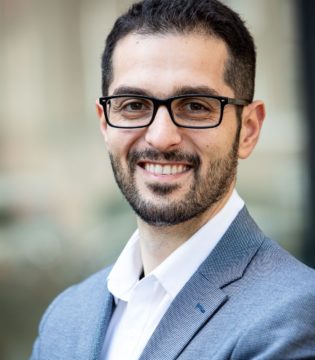