A shortened version of this letter was published on the website of the Financial Times.

In the article ‘Sustainable finance: central banks test water on climate risk’ (December 6) Mr Paul Fisher argues that “governments could add climate goals to central banks remits as a secondary objective”. It is important to notice that this has already been done for the European Central Bank (ECB) as the EU Treaty states: “Without prejudice to the objective of price stability, the ESCB shall support the general economic policies” (Treaty on the Functioning of the European Union (TFEU) 2012, Article 127(1)).
According to Article 3(3) of the Treaty on European Union (TEU) these include “sustainable development” and “a high level of protection and improvement of the quality of the environment.” Since the Paris Accord, signed by both the EU and all of its member states, it is undisputed that combating climate change is a priority in these fields.

Contributing to limiting climate change would not undermine the primary objective of central banks, on the contrary. As 18 Central Banks and Supervisors, united in the Network for Greening the Financial System (NGFS) acknowledge “climate-related risks are a source of financial risk” (2018). There remain large uncertainties around how big a change, and to whom in what way. Transparency in the field is still low, making it hard for market participants and central banks to act upon this. So far central bankers have mainly asked for more transparency and the development of methodologies to assess climate risks in a forward looking way. As well as urging policy makers to start the orderly transition to a sustainable energy system, starting with adequately pricing the costs of carbon emissions. However, there is no reason to leave it at this. Whereas not everything is known, enough is known to do more to contribute to both the primary and secondary objectives of the ECB.

ESG and financial predictions
Inspiration can be taken from the experience at the Dutch fund manager Robeco. Convinced that environmental, social and governance (ESG) risks were material to many of its holdings, in 2014 Robeco was amongst the first asset managers to oblige all its analysts to explicitly address these ESG-factors in their valuations. The analysts were free to decide that none were material. However, even though there was no clear evidence base of how they actually were, the analysts did start taking these into account. A first evaluation showed that the ESG-factor was decisive in 9% of the subsequent portfolio changes made and that in another 28% it played an important role. The effect of ESG-factors on the valuation was 5% overall and double that for those equities where a change was made on the basis of ESG-factors. With target price changes due to ESG ranging from -23% to +71%. The first evidence learned that the inclusion of ESG did result in better financial predictions. A finding now common amongst studies into the effect of ESG-investments. Explaining why ESG-data is increasingly referred to as pre-financial data, rather than the misnomer of non-financial data.

Central banks are now essentially where the asset management industry was four years ago. With few arguing that ESG is never material, but only few daring to act upon this. In finance however, one risks neglecting a material risk factor at one’s own peril. Especially a risk labelled “One of the most significant, and perhaps most misunderstood” and that “could have significant, near-term financial implications”, as was concluded last year by the Taskforce on Climate related Financial Disclosures chaired by Michael Bloomberg.

Central banks and climate risks
Central banks can either stick to their current practices, excluding climate risk from their decision making in both the execution of monetary policy, like their collateral framework and corporate bond buying programs, and in supervision, in judging the adequacy of the capital position of financial institutions. Or they can start taking climate related risks and opportunities into account. Not knowing exactly how, but moving in the direction that by now most agree upon: that fossil fuel intensive assets carry a larger transition risk. This is not about abusing capital weights for climate policies at a cost to the financial stability. On the contrary, it is about taking all relevant information into account when setting risk weights. It is about deciding that it is better to be roughly right, rather than to be exactly wrong.

(Note from the author: The figures on Robeco are taken from: Schramade, W. (2016). Integrating ESG into valuation models and investment decisions: the value-driver adjustment approach. Journal of Sustainable Finance & Investment, 6(2), 95-111.) 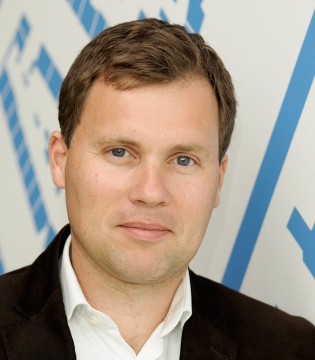