‘’Banks are the zombies of the 21st century’’, told Finance and Economics Professor Anat Admati (Stanford University) an audience of Dutch policymakers on 19th October. On invitation of the Sustainable Finance Lab professor Admati gave a lecture at the Ministry of Finance in The Hague, the day after she held the prestigious Professor De Vries Lecture at Utrecht University.

With a gripping enthusiasm Admati covered many topics, all culminating in a strong focus on the banking sector and its lack of equity: banks that cannot attract equity simply do not have a viable business model according to market participants. This is basic corporate finance according to professor Admati, the “physics of finance” that also holds for banks.

As she illustrated with the balance sheet of the British bank Barclays, bank balance sheets exploded in the years before 2007, almost all financed with debt and not the loss absorbing equity.

Admati does not think the accounting numbers are very informative. Look only at the 1.8 trillion dollar difference between the JP Morgan balance sheet as accounted for according to US and EU accounting standard. On both accounts, a market equity of 126 billion is hardly what one would call a “fortress balance sheet” as JP Morgan CEO Jamie Dimon famously does.

Or take the regulatory capital ratios for banks, which kept up also at the fall of Lehman. Market indicators proved to be much more informative, declining sharply more than a year before the Lehman failure.

It is for this reason that Admati rather than look at risk weighted capital ratios and stress tests looks at how markets value the business model of banks. Equity for banks is costly because they have too little of it: “We see the symptoms of insolvency”. Banks are now “addicted” to debt giving them all the wrong incentives. As she explains in her paper on The Leverage Ratchet Effect: “if you have a very low leverage ratio there is no incentive to change this, why should a bank give this gift to the creditors?” More equity makes the debt safer without making the existing debt cheaper. Also excessive risk taking can be the result, as shareholders gamble on the upside knowing they can share the downside with the creditors of the bank.

On the other hand, more equity will make the liquidity provision of banks only the more reliable (see recent paper with Martin hellwig). It can be achieved first of all by simply not paying out dividends. Questions were raised whether this would not harm lending, also the productive type, like SME lending.

As to where we stand now. Citing the IMF paper “Leverage, a Broader View,” (Singh and Alam, March 2018) Admati stated that the omission of off-balance sheet items in the standard measures implies a substantial underestimation of bank leverage. Off-balance sheet funding is higher now than in 2007. She took issue with the fact that the Dutch Central bank (DNB) in her stability report reported leverage ratios excluding off balance sheet items, thus deviating from the official definition.

Compared to before the crisis according to Admati equity levels have only increased marginally, from 2 to 5%, where 15% or more is needed. Meanwhile, whereas bank resolution rules and competencies have been improved, in particular in Europe that was lagging the US in this respect. It is still not credible to say we have moved from a ‘bail out’ to a ‘bail in’ world. For that banks are still way too complex and globally organized, with resolution authority stuck at the regional level. Also out of fear of contagion with a systemic crisis ‘bail in’ seems to be the only solution. Meanwhile, the biggest banks have only gotten bigger as have their highly opaque derivative positions.

“Too Big To Fail remains with us.” Admati quoted Tom Hoenig, former chairman of the Federal Deposit Insurance Corporation (FDIC) this February. “Too big to fail-banks have power above the law” Admati continued “and if things don’t change it will stay a bloated and poorly regulated system”. Banks will keep producing scandals of misconduct like with ING in the Netherlands, Danske bank, Wells Fargo and many more.

Admati states that banks are like zombies, that wouldn’t survive one minute in a market environment. They are hurting our economy and society, “because we continue to tolerate it.” Equity is to banks what light is to zombies, it exposes them and makes them disappear 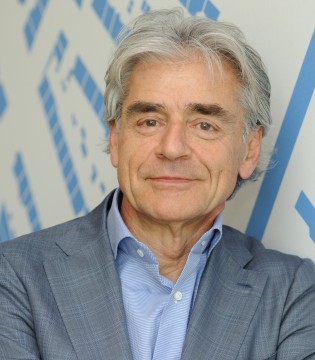 Financial innovations are too often tricks to get better of themselves, at the taxpayer's expense.